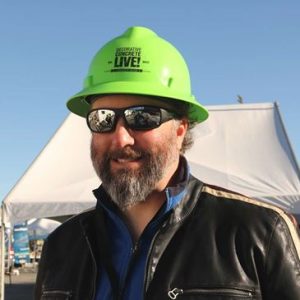 Rick Lobdell was first introduced to decorative concrete in 2003 when he moved to Nashville, Tennessee. Within three years he owned Concrete Mystique Engraving, the firm that had employed him, and began turning his new trade into an art form. Now known worldwide for his talent, Lobdell and his work have been featured in numerous magazines and television segments. He graduated from the Savannah College of Art and Design with a Master’s of Fine Arts degree in painting. Currently, he writes a column titled “Design Theory” for Concrete Decor magazine which includes a detailed videotaped overview of the topic at hand.

Learn from Rick at the Concrete Decor Show

Boost Profits with Engraving and Stencils