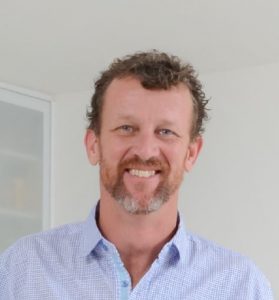 A native of Nova Scotia, Jake Brady followed the warmer weather south in 1997 and ended up in Sarasota, Florida. Twelve years later, he came across a book that a friend had given him some time ago. Jake remembers “the dust was blown off the cover” and life changed. With initial training received from The Concrete Countertop Institute in both wet cast and GFRC (Glass Fiber Reinforced Concrete), Jake Brady Concrete By Design was started. Jake believes strongly in staying informed in his trade and has continued to train under fellow master artisans around the country. He has taken his craft nationwide in the residential and commercial realm, as well as undertaken large-scale public art projects.

Learn from Jake at the Concrete Decor Show