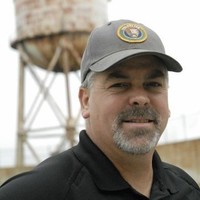 Clark Branum has more than 30 years’ experience in the concrete industry. Starting with entry-level curb and sidewalk finishing in the Seattle area, he also did commercial finishing in Alaska and Washington for most of the 1980s. Clark became involved with decorative concrete in 1990 and has become one of the foremost industry experts and prolific trainers on the subject.

Clark has worked with top manufacturers in the decorative concrete market developing training platforms nationwide and internationally. He has 12 years’ experience working with polished concrete and has developed training and certification programs to help advance this part of the industry.

A contributing consultant and trainer for the Concrete Preservation Institute, Clark has extensively helped with historical architectural repairs and aesthetics. He is currently serving as chair of ACI 310 – Decorative Concrete, a joint committee of the American Concrete Institute and the American Society of Concrete Contractors, and the C-641 committee for decorative concrete certification.

He has also worked on projects in China including Top City in Beijing, Disney Hong Kong and the Venetian Macau.

For the last eight years, Clark has been the training and product manager for Diamatic USA. His responsibilities include all training management and curriculum development for the Ultraflor Architectural Polished Concrete System and for the Silex Power Trowel Polishing System.

Learn from Clark at the Concrete Decor Show