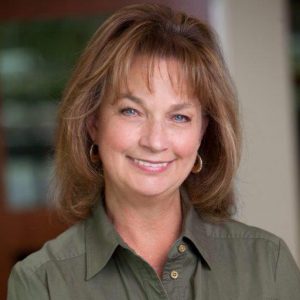 Chris Klemaske originally started her construction career in 1987 working as an office administrator for Klemaske Brothers Concrete Inc. She recognized early on that she could do much of the same work on the restoration side of decorative concrete in the then predominately male-dominated industry.

Consequently in 1990, Chris founded Classic Concrete Care, a decorative concrete restoration company that employed a female team. She worked side-by-side in the field with her crew cleaning and resealing imprinted and decorative concrete finishes throughout the San Diego region.

In January 2000 Chris joined the T.B. Penick & Sons Innovative Concrete Services Group. For 19 years she worked with owners, developers and public officials — as well as designers, architects and artists — on the creation and execution of decorative concrete projects nationwide.

During her 19 years at T.B. Penick, Chris was instrumental in the design and execution of decorative concrete projects ranging from public art to structural, architectural and infrastructural works. She has contributed to the renovation of the Coney Island Boardwalk in New York, numerous SeaWorld projects in San Diego, the Annenberg Visit Center at Sunnylands, Myriad Botanical Gardens in Oklahoma City and Atlanta Botanical Gardens in Georgia (which won the American Society of Concrete Contractors/Decorative Concrete Council WOW Award in 2018).

Also among her work on iconic projects over the years are the creation of the Consolidated Rental Car Center at Linbergh Field at the San Diego International Airport and the airport’s $907 million restoration of Terminal Two which consisted of 250,000 square feet of terrazzo and thousands of square feet of decorative concrete. To date, the airport is the largest decorative concrete and terrazzo project that T.B. Penick Innovative Concrete Systems Group ever installed.

Chris is a champion for the architectural concrete industry and a sought-after industry spokesperson. From 2012-2013, she served as the first woman national director for the ASCC/DCC. In 2013 Chris became the first woman president for the San Diego Chapter of the American Concrete Institute (ACI) and a member of the advisory board of Concrete Contractor magazine.

In 2016, Chris was featured on the cover of Concrete Contractor and recognized as one of the most influential people in the construction industry. In 2019 she became the first woman to be elected to the ASCC Board of Directors. Currently, she’s also a member of ASCC’s Sustainability Committee and Public Relations Committee.

She was a member of the National Association of Women in Construction and served on ASCC’s 2011 Strategic Planning Committee. She also has served on the board of ACE and on the AGC Build & Serve Committee.

Throughout her 32-year career, Chris has broken many barriers for women in the industry. She has been a tireless advocate for women in the building trades and a promoter of the decorative concrete industry as a structural form that melds together art, design, architectural integrity and functionality.

In 2019, Chris joined the Sundeck nation in Arlington, Texas, as director of commercial development and the Belarde Co. in Washington state as its decorative concrete expert.

Learn from Chris at the Concrete Decor Show